Serious volleyball players around the world have discovered the benefits of playing on a Sport Court® suspended volleyball court, including reduced shock and less wear and tear on joints and limbs.

For over 20 years, Sport Court® has been the official surface of both USA Volleyball and NCAA Volleyball, with national championships from the Olympic Juniors to the NCAA Finals being contested on our courts.

Volleyball clubs and teams particularly enjoy having “a court of their own,” in their sports facility with team-color distinctions between inbounds and out, rather than playing on someone else’s basketball court. 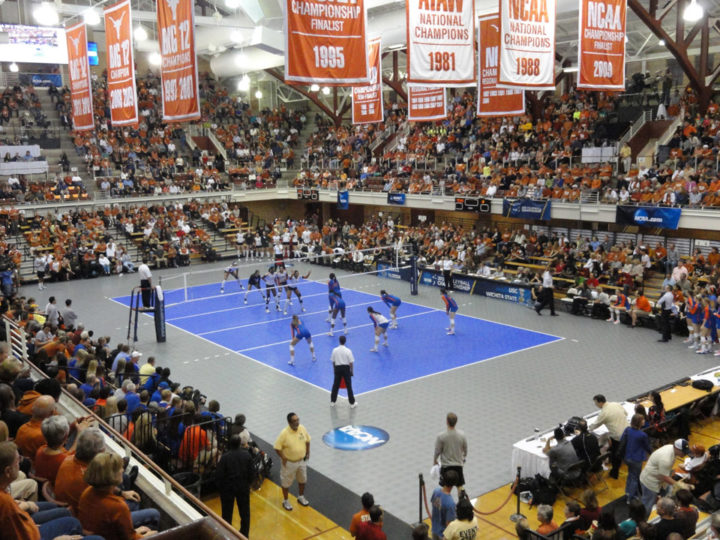 Since 1989, Sport Court flooring has been the Official Athletic Flooring of USA Volleyball, its National Teams and its Championship events.

Read The Full Letter of Reference