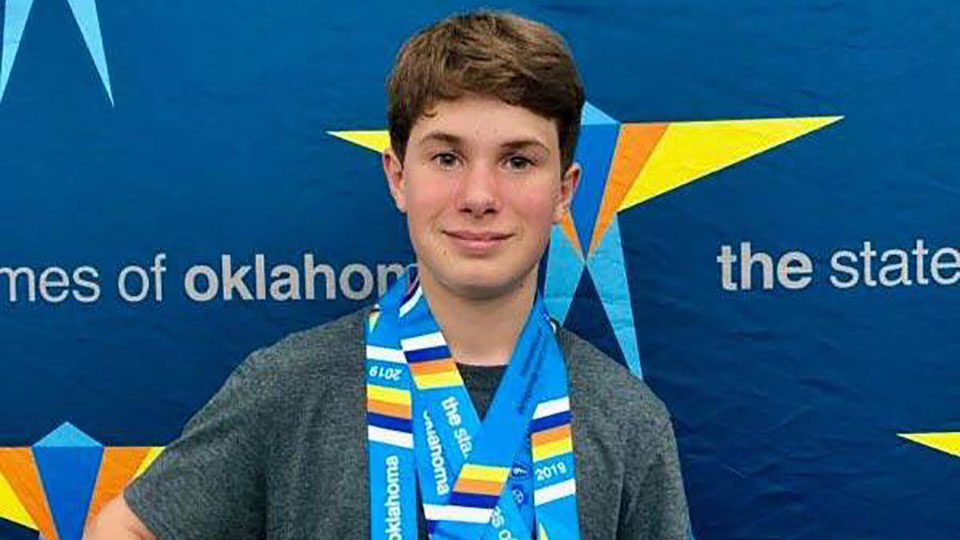 CONGRATULATIONS TO WYATT STONE, NOW SPONSORED BY Sport Court® – Southwest!
Sport Court Texas is pleased to sponsor this talented young pickleball player from New Braunfels. A top player in Texas and the Southwest, at age 16 Wyatt is already competing with adults. He will be helping us get the word out on SPORT COURT’s new SportGame PB surface, engineered to be a superior playing surface for pickleball courts at home and facilities that want to improve the comfort underfoot by reducing the stress on players legs, ankles, and feet. Sport Court Texas has been a Pickleball Court Builder since 1978 and has watched the game flourish on their backyard courts.

Wyatt Stone had played all the usual sports as a youth—basketball, baseball, football, and lacrosse. He had never played a racquet sport. A few years ago, he started to play pickleball at the local rec center courts in New Braunfels. Within weeks, he was hooked. Pickleball was his sport. Now he hopes to become a professional pickleball athlete. Although he is just 16, he is well on his way. In his latest accomplishment, he has also gained a sponsorship from Sport Court Texas.

After winning 3 medals in his first tournament in Oklahoma in 2019, Wyatt has earned more than 30 medals in junior tournaments and often competes at the adult level. He was the 2019 USAPA Junior National Singles Champion.

Wyatt typically puts in 30 hours of practice a week and has regular workouts with his coach, Matt Laz, a master teaching professional from Horseshoe Bay. He has also achieved certification as an IPTPA Level 2 pickleball instructor.

“There aren’t many sports that a 16-year-old kid can play with his 80-year-old grandfather, but pickleball is one,” Wyatt said.

And yet, Wyatt’s greatest desire is to get more young people involved in the sport. He admits that many consider pickleball a sport for older folks.

“But whenever I have put a racquet in a young person’s hand, they have loved it,” he said. He and his coach organized a clinic to introduce the sport to youth in the New Braunfels area, and he said that many of the kids were leaving with pickleball racquets at the top of their Christmas list.

Wyatt is the National Junior Player Development Manager for the Pickleball Rocks Team, which gives him responsibility for growing the sport among youth nationwide.

Said Pickleball Rocks CEO Rodney “Rocket” Grubbs, “Wyatt already has a great reputation for being not only a good young player, but for being a great advocate for players of all ages and skill levels. There are kids across the country who are just waiting to be invited to try pickleball and Wyatt will find them and get them on the courts. We are so happy to have him on our Pickleball Rocks Team.”

In his association with Sport Court Texas, Wyatt will have an opportunity to advocate for a team of pickleball court builders near you and Sport Court’s new SportGame PB product, a technological improvement over the typical acrylic pickleball surface. Like other Sport Court tile surfaces, it is designed to provide better shock absorption and lateral forgiveness to be easier on joints and prevent many injuries. It also provides years of play with little maintenance. But the SportGame PB surface is also specially engineered for better pickleball bounce and traction.

Since the SportGame Pickleball surface was just introduced in 2020, Wyatt had not had an opportunity to play on it before Sport Court Texas approached him and offered the sponsorship. Greg Dettman of Sport Court Southwest and Brent Poss, of Grand Slam Courts, the Sport Court® dealer in San Antonio, invited Wyatt to play on the new pickleball surface. He was impressed with both the playability and traction of this pickleball-specific Sport Court surface and did not hesitate to accept the sponsorship and help promote it.